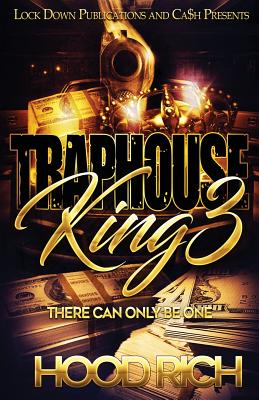 RICH and his Fast Money crew hit a major lick that catapults him to the top of the hierarchy of the trap, where he sits like a true boss. His next mission is to find out who murdered his baby sister, KEYONNA.

But when all signs point to ANDREA, Rich refuses to believe what is before his eyes.
Is the TRAPHOUSE KING blinded by a woman's powerful sexuality and guile? Or is he too clever to fall for the trickery of those who stand to gain the most from misinformation?

While Rich is on a bloody mission to uncover the shocking truth, the glitz and glamour, along with street supremacy begins to corrupt the hearts of those closest to him. In the end, there can only be one who sits on the throne, all opposers must perish. Will Rich meet his demise before he can stake his claim? Or will he master the game and become King?