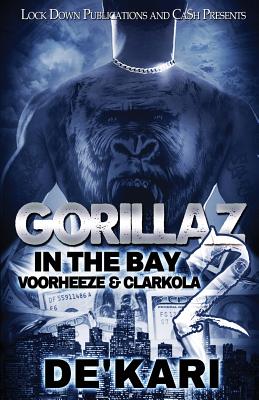 War is brewing in the hood. VOORHEEZE is raging after the death of his big homie, T'RIDA, and with blood in his eyes and pain in his heart, it's time to paint the streets blood red CLARKOLA is called to step up to a position of leadership that he eagerly has awaited. Now, he's primed to take control of East Palo Alto.

Meanwhile, a new team of young beasts, Y.N.M, is emerging and they're as lethal as death. SUTTON, their leader, has decided to take NEVA DIE to war. He and his team of young hyenas will test Neva Die like never before. When the smoke clears, who will be left standing?

While the street drama builds to a crescendo, Voorheeze has a new agenda. He's declared war on the Milpitas Police Department for the death of T'Rida. In this bloody and all-out battle for vengeance and supremacy, who will emerge as the unchallenged GORILLAZ IN THE BAY? Whose lives will get snuffed out? How many families will shed tears before the final bullet is fired?