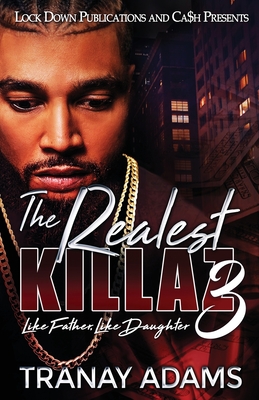 By Tranay Adams
$14.95
Usually Arrives in Store in 1-5 Days
(This book cannot be returned.)

A power move puts JOAQUIN in position to reign supreme over the city's drug trade. With a new plug at his disposal, the former cartel soldier devises a plan to wipe out all competitors so he'll be the sole supplier.

Joaquin and his organization have a master plan to bring God and his angels down to their knees, but it's up to BILLIE to make sure that doesn't happen. Billie is forced to make a deadly choice between her husband and her ex-fiancé; a choice that could change her life forever.

Meanwhile, Joaquin's past comes back to haunt him. IGNACIO, the new boss of the BLOOD BROTHERS CARTEL, sends a seasoned killa to exterminate him. MADRID, the very man that taught Joaquin everything he knows about the art of murder, rolls into town looking to claim his former protégé's life. When two of THE REALEST KILLAZ collide, a vicious, grizzly death is sure to follow.