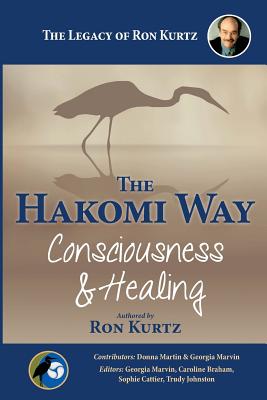 
Backordered -- Email or Call for Availability
(This book cannot be returned.)
Ron Kurtz was the originator of the Hakomi Method and a preeminent innovator and influence in mindfulness-based somatic psychotherapy.Ron died on January 4, 2011. As the originator, he was the final authority on Hakomi. His teachings and materials, hard drives and videos were widely and freely distributed in order for as many people to have access to Hakomi as possible. Some of Ron's legacy materials are available at www.hakomi.com. Seven years since his death, five of his trainers have collaborated to produce a new version of his teaching manual, one that retains the vitality and authenticity of his voice but one that also matches the pedagogy and curriculum of the Hakomi Education Network training teams. The Hakomi Way: Healing and Consciousness is a compilation of his thoughts, his writings and his talks in one book, his last word on the subject of Hakomi and how he wanted it to be taught and practised after he was gone. Our hope is that it keeps Ron's voice alive in the midst of the learning and that it contributes to his great legacy.Ron developed the Hakomi Method in the 1970's and taught and refined it for over forty years. In 1981, he co-founded the Hakomi Institute and, in the mid 90's, the Hakomi Education Network.Author of Body-Centered Psychotherapy, The Body Reveals, and Grace Unfolding (with Greg Johanson), and a forthcoming book (with Donna Martin) on the Practice of Loving Presence, Ron left numerous papers, essays, training handbooks, as well as decades of video sessions of his brilliant work. He was the recipient of the 2008 Lifetime Achievement Award from the United States Association of Body Psychotherapy. Hakomi is now taught widely throughout the world, including North and South America, the United Kingdom, Europe, Russia, the Middle East, and Asia.