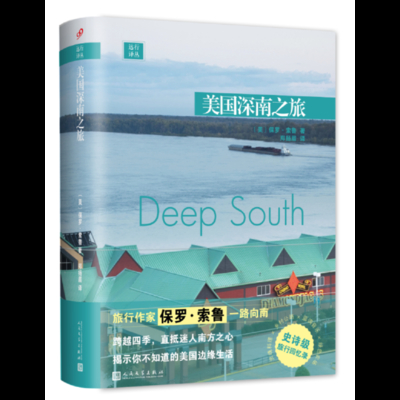 "Theroux's eye for landscape remains as sharp as ever . . . It's Theroux's remarkable gift for getting strangers to reveal themselves that makes going along for this ride worthwhile." -- New York Times Book Review

Paul Theroux has spent the past fifty years roaming the globe, describing his encounters with remote people and far-flung places in ten best-selling travel books. Now, for the first time, he explores a part of America--the Deep South. Setting out on a winding road trip, Theroux discovers a region of architectural and artistic wonders, incomparable music, mouth-watering cuisine--and also some of the worst schools, medical care, housing, and unemployment rates in the nation.
Yet, no matter where he goes, Theroux meets the unsung heroes of the South, the people who, despite it all, never left, and also those who found their way home and devoted their lives to rebuilding a place they could never live without.

"Paul Theroux's latest travel memoir had me at hello . . . Theroux pulls no punches in his quest to understand this overlooked margin of American life." -- Boston Globe

"A vivid contemporary portrait of rural life . . . a deeply affecting personal account." -- Atlanta Journal-Constitution
PAUL THEROUX is the author of many highly acclaimed books. His novels include The Lower River and The Mosquito Coast, and his renowned travel books include Ghost Train to the Eastern Star and Dark Star Safari. He lives in Hawaii and Cape Cod.