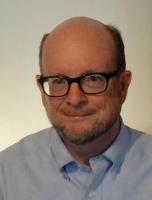 Based in part on an unauthorized diary of a 1st Lt., the late Roscoe “Rocky” Boyer, well known to fellow Oxonians, this narrative history by his son, Allen Boyer, offers the reader an account of Allied air commander General George Kenney's "air blitz" offensive that won World War II in the Southwest Pacific, as it was lived both in the cockpit and on the ground.

Diaries were forbidden, but Rocky kept one—full of casualties, accidents, off-duty shenanigans, and rear-area snafus. He had friends killed when they shot it out with Japanese anti-aircraft gunners, or when their bombers vanished in bad weather. He wrote about wartime camp life at Nadzab, New Guinea, the largest air base in the world, part Scout camp and part frontier boomtown. He knew characters worthy of Catch-22: combat flyers who played contract bridge, military brass who played office politics, black quartermasters, and chaplains who stood up to colonels when a promotion party ended with drunken gunplay and dynamite.

This is a narrative of the war as airmen lived it. Rocky’s experience of life on the front line gives from-the-bottom-up detail to the framework of Kenney’s air blitz. The author uses Rocky’s story as a jumping-off point from which to understand the daily life, pranks, mishaps, and casualties, of the men who in 1944 fought their way over the two thousand miles from New Guinea to the Philippines.

About the Author
This is ALLEN D. BOYER's fifth book. His longtime day job was senior appellate counsel at the New York Stock Exchange Enforcement Division. He lives on the North Shore of Staten Island.

ROCKY BOYER, on whose diary this book draws, was born in 1919 on a farm in Indiana. He kept the diary while serving with the 5th Air Force in New Guinea and the Philippines. He taught at the University of Mississippi, training a generation of teachers and tirelessly supporting the public schools. He died in 2008.

Rocky Boyer's War: An Unvarnished History of the Air Blitz That Won the War in the Southwest Pacific (Hardcover)