This gorgeous large-format hardback (11 x 9.25 inches) features 47 poems and 47 color photographs that explore the history, culture, and ecology of the state of Mississippi.

The epigraph for the book is taken from Theodore Roethke's "North American Sequence": "The imperishable quiet at the heart of form." This quietness to be found by contemplating the photographs of Maude Schuyler Clay was at the heart of Ann Fisher-Wirth's poetic process, which involved listening — listening to the voices that spoke their stories somehow in connection, however oblique, with the photographs.

In her recent memoir The Faraway Nearby, the environmental writer Rebecca Solnit writes: "A place is a story, and stories are geography, and empathy is first of all an act of imagination, a storyteller's art, and then a way of traveling from here to there." Mississippi suffers from severe environmental degradation that cannot be separated from its history of poverty and racial oppression. Yet the state also possesses great natural beauty and a rich and complex culture, one interwoven from the many voices that have made up its identity. Mississippi explores both this degradation and this beauty. The poems are explorations of voice in its Mississippi plenitude and variety, honoring the voices, no matter whose they are, whether white or African American, and exploring the rich orality of Mississippi culture. With one exception, the beautiful, haunting photographs do not depict people, but, rather, swamps, fields, trees, lakes, empty chairs, dilapidated buildings. They work with the poems to offer the spirit of place. 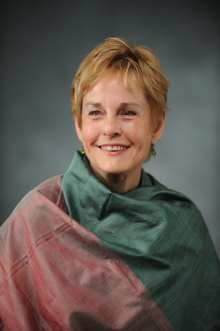 Ann Fisher-Wirth holds a Ph.D. in English and American literature from Claremont Graduate School. She has held Fulbights to Switzerland and Sweeden. She has taught at the University of Mississippi since 1988. Her scholarly work includes William Carlos Williams and Autobiography: The Woods of His Own Nature. Known for her poetry's focus on environmental themes and issues, she is a co-editor with Laura-Gray Street of The Ecopoetry Anthology. Her books of poems include Blue Window (Archer Books, 2003), Five Terraces (Wind Publications, 2005), Carta Marina (Wings Press, 2009), and Dream Cabinet (Wings Press, 2012), and the chapbooks The Trinket Poems, Walking Wu-Wei's Scroll, Slide Shows, and First, earth. She has received a Malahat Review Long Poem Prize, the Rita Dove Poetry Award, the Mississippi Institute of Arts and Letters Poetry Award, two Mississippi Arts Commission Poetry Fellowships, and fourteen Pushcart nominations. 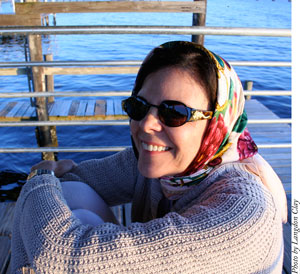 Maude Schuyler Clay was born in Greenwood, Mississippi. After attending the University of Mississippi and the Memphis Academy of Arts, she assisted the photographer William Eggleston. Her photographs have appeared in publications such as Esquire, Fortune, and Vanity Fair, and are included in the collections of The Museum of Modern Art, The Museum of Fine Arts, Houston, The National Museum for Women in the Arts, and the High Museum, Atlanta, among others. After working in New York for several years, she returned to live in the Mississippi Delta in 1987. Clay continued her color portrait work, for which she received a Mississippi Arts and Letters Award for Photography. Her widely recognized monograph, Delta Land received another Mississippi Arts and Letters Award in 2000. She was the Photography Editor for the literary magazine The Oxford American from 1998 to 2002. Delta Dogs, with text by Beth Ann Fennelly and an introduction by Brad Watson, was published in 2014. Her most recent book, Mississippi History, with a foreword by Richard Ford, was published in 2015. She continues to live and work in the Delta.