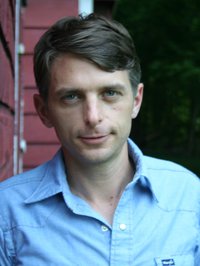 Bryan Mealer with The Kings of Big Spring

In the winter of 1981, Bryan Mealer’s father, Bobby, receives a call from an old friend with a deviously simple question, "How'd you like to be a millionaire?"

Twenty-six, and with a young family, Bobby had left his home town of Big Spring in West Texas, a town of oil booms and busts, to seek his fortune away from the legacy of black gold his forefathers had chased. But now Big Spring's streets are flooded again with money and Texas T, a boom so big that 46% of the world's oil is bubbling up from west Texas soil and a fevered American dream has taken hold as fortune hunters pour in, oil rigs sprout up like dandelions in the field, and millionaires are minted each day.

Grady Cunningham, Bobby's old friend, is one of the fresh kings of Big Spring. Flashy, loud, smart as a whip and richer than sin, Grady pulls Bobby Mealer and his young wife into his glamorous orbit. There's a cushy job for Bobby as VP of Grady's oil company, weekend jaunts to the Bahamas in private jets, shopping sprees in Paris and lost weekends in New Orleans. But beneath these glittering lives is a side of life as dark as the oil which pays for it. Drugs take hold, marriages crumble, accidents happen and most importantly, wells run dry.

But the story starts over a hundred years ago, when Bryan’s great grandfather left Appalachia to first venture West to seek his fortune. The heartaches, the triumphs, the pain and the pleasure that accompanies the booms and subsequent busts is keenly felt and endlessly repeated.

About the Author
Bryan Mealer is the author of Muck City: Winning and Losing in Football’s Forgotten Town, and the New York Times bestseller The Boy Who Harnessed the Wind, which he wrote with William Kamkwamba. He is also the author of All Things Must Fight to Live, which chronicled his years covering the war in the Democratic Republic of Congo as a reporter for the Associated Press and Harper’s. His work has appeared in the anthology Best American Travel Writing and was chosen for an Overseas Press Club Award Citation. He and his family live in Austin, Texas. 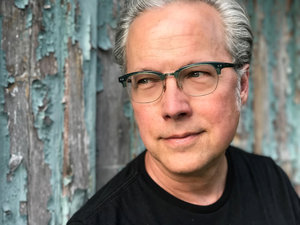 Radney Foster with For You to See the Stars

Legendary singer/songwriter Radney Foster found commercial success and critical acclaim due in large part to his literary approach to country music. Known for penning dozens of Top Forty, Top Twenty, Top Ten hits for both himself and Nashville's elite, he felt driven to tell stories longer than the three minutes allowed for radio. For You to See the Stars is a testament to his talent, showing the diversity of his voice, bringing lyrical prose to the page, and presenting Radney Foster to a whole new audience. The CD of the same title, includes the ten songs that inspired these stories.

About the Author
Radney Foster is an American country music singer/songwriter, musician, and music producer. He made his recording debut as part of the Foster & Lloyd duo, recording three studio albums and with nine singles on the country charts.

The Kings of Big Spring: God, Oil, and One Family's Search for the American Dream (Hardcover)

For You to See the Stars (Paperback)