Caleb Johnson with TREEBORNE (in conversation with Melissa Booth Hall) 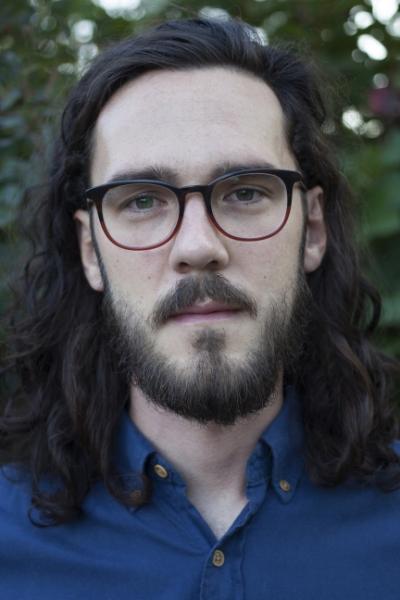 In the tradition of Big Fish and Amanda Coplin's instant classic, The Orchardist, comes a debut novel of an unusual family who have made their home at the margins of an unusual place

Wedged between the bluffs and the river for which it's named, there’s a small and all-but-forgotten town. Janie Treeborne lives on an orchard at the edge of Elberta, Alabama, and in time, she has become its keeper. A place where conquistadors once walked, and where the peaches they left behind now grow, Elberta has seen fierce battles, violent storms, and frantic change—and when the town is once again threatened from without, Janie realizes it won’t withstand much more. So she tells the story of its people: of Hugh, her granddaddy, determined to preserve Elberta’s legacy through his art; of his wife Maybelle, who shook the town when she became its first female postmaster, then again when she died a sudden and mysterious death; of her lover Lee Malone, a black orchardist and musician harvesting from a land where he is less than welcome; of the local legend Ricky Birdsong, who scored touchdown after touchdown, only to run headlong into tragedy; of the time Janie herself kidnapped her own Hollywood-obsessed aunt and tore the wrong people apart.

As the world closes in on Elberta, Alabama—a fictional land equal parts Macon and Macondo—Caleb Johnson’s debut novel lifts the veil and offers one last glimpse. Treeborne is both a celebration and a reminder: of the difficulty of untangling the past from the future, and of how home is a story as much as a place.

About the Author
Caleb Johnson grew up in the rural community of Arley, Alabama and graduated from The University of Alabama in Tuscaloosa. He was awarded a Jentel Writing Residency after he received his MFA from the University of Wyoming. Caleb has worked as a newspaper reporter, a janitor, a butcher, and an arts administrator, among other jobs. Currently, he lives in Philadelphia, where he teaches writing and a class on social justice at a middle school while working on his next novel.