Christopher Scotton with THE SECRET WISDOM OF THE EARTH 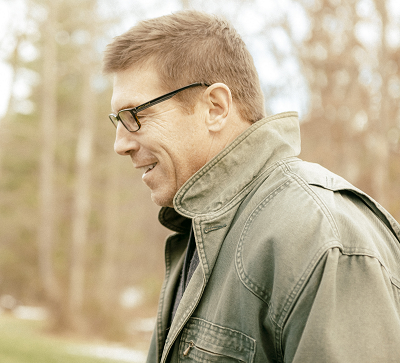 After witnessing the death of his younger brother in a terrible home accident, 14-year-old Kevin and his grieving mother are sent for the summer to live with Kevin's grandfather. In this peeled-paint coal town deep in Appalachia, Kevin quickly falls in with a half-wild hollow kid named Buzzy Fink who schools him in the mysteries and magnificence of the woods. The events of this fateful summer will affect the entire town of Medgar, Kentucky.

Medgar is beset by a massive Mountaintop Removal operation that is blowing up the hills and back filling the hollows. Kevin's grandfather and others in town attempt to rally the citizens against the 'company' and its powerful owner to stop the plunder of their mountain heritage. When Buzzy witnesses the brutal murder of the opposition leader, a sequence is set in play which tests Buzzy and Kevin to their absolute limits in an epic struggle for survival in the Kentucky mountains.

Redemptive and emotionally resonant, The Secret Wisdom of the Earth is narrated by an adult Kevin looking back on the summer when he sloughed the coverings of a boy and took his first faltering steps as a man among a rich cast of characters and an ambitious effort to reclaim a once great community.

Christopher Scotton is an experienced public speaker, seminar leader, online marketer and technology entrepreneur. After a stint as a venture capitalist, he joined his third start-up, a computer-aided design (CAD) software company, where he is currently President and CEO. Scotton is a recognized expert and frequent speaker on search engine marketing, search engine optimization, social media marketing and online lead generation.

The Secret Wisdom of the Earth (Hardcover)