Dave DiBenedetto with S IS FOR SOUTHERN 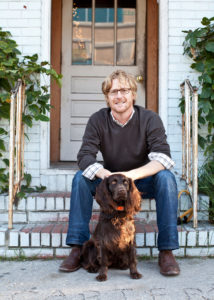 The American South is a multifaceted region with its own vocabulary, peculiarities, and cultural touchstones. Even for those born in the South, the unspoken rules—layered in local nuances and complexities—can sometimes be confounding. Tennessee whiskey may technically be bourbon, but don't let anyone in Kentucky hear you call it that.

Now, from the editors of Garden & Gun comes this encyclopedia of Southern living, culture, and history. Covering age-old traditions and current zeitgeists, S is for Southern will include more than 500 entries spanning every letter of the alphabet, from absinthe to zydeco. The book will also include 100 signature essays from notable Southern writers, including:
• John Meacham on the Civil War
• Sean Brock on Waffle House
• Roy Blount Jr. on humidity
• Jessica Harris on field peas
• Jason Isabel on The Atlanta Braves
• Jack Hitt on Pluff Mud
• The Lee Brothers on boiled peanuts
• Jonathan Miles on Larry Brow
• Julia Reed on the delta

About the Editor
David DiBenedetto is the editor in chief of Garden & Gun Magazine. Previously he was the editor of SaltWater Sportsman. He is also the author of On the Run: An Angler’s Journey Down the Striper Coast. A native of Savannah, Georgia, he lives in Charleston, South Carolina, with his wife, children, and Boykin spaniel.

S Is for Southern: A Guide to the South, from Absinthe to Zydeco (Garden & Gun Books #4) (Hardcover)

By Editors of Garden and Gun, David DiBenedetto
$45.00