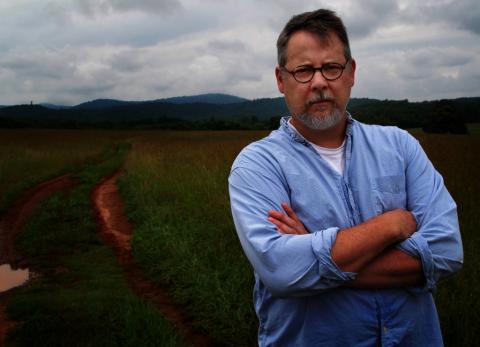 Fleeing New Orleans as Hurricane Katrina approaches, Henry Garrett is haunted by the ruins of his marriage, a squandered inheritance, and the teaching job he inexplicably quit. He pulls into a small Virginia town after three days on the road, hoping to silence the ceaseless clamor in his head. But this quest for peace and quiet as the only guest at a roadside motel is destroyed when Henry finds himself at the center of a bizarre and violent tragedy. As a result, Henry winds up stranded at the ramshackle motel just outside the small town of Marimore, and it's there that he is pulled into the lives of those around him: Latangi, the motel's recently widowed proprietor, who seems to have a plan for Henry; Marge, a local secretary who marshals the collective energy of her women's church group; and the family of an old man, a prisoner, who dies in a desperate effort to provide for his infirm wife.
For his previous novels John Gregory Brown has been lauded for his "compassionate vision of human destiny" as well as his "melodic, haunting, and rhythmic prose." With A Thousand Miles from Nowhere, he assumes his place in the tradition of such masterful storytellers as Flannery O'Connor and Walker Percy, offering to readers a tragicomic tour de force about the power of art and compassion and one man's search for faith, love, and redemption.

Carrie Brown is the author of seven acclaimed novels — Rose’s Garden, Lamb in Love, The Hatbox Baby, Confinement, The Rope Walk, The Last First Day, and The Stargazer’s Sister— as well as a collection of short stories, The House on Belle Isle.

Her fiction and nonfiction and reviews have appeared in many newspapers and literary journals, including The Southern Review, One Story, Tin House, Glimmer Train, The Georgia Review, and The Oxford American. She is the recipient of a National Endowment for the Arts fellowship, the Janet Heidinger Kafka Prize, The Great Lakes Book Award, and, twice, the Library of Virginia Award. Her work has been translated into many languages, and she has appeared at literary festivals, libraries, bookstores, and colleges and universities across the country.

From the acclaimed author of" The Last First Day, "here is a beautiful new period novel: a nineteenth-century story of female empowerment before its time, based on the life of Caroline Herschel, sister of the great composer and astronomer William Herschel and an astronomer in her own right.
This exquisitely imagined novel opens as William rescues Caroline from a life of drudgery in Germany and brings her to England and a world of music making and stargazing. Lina, as Caroline is known, serves as William's assistant and the captain of his exhilaratingly busy household. William is generous, wise, and charismatic, an obsessive genius whom Lina adores and serves with the fervency of a beloved wife. When William suddenly announces that he will be married, Lina watches her world collapse. With her characteristically elegant prose, Carrie Brown creates from history a compelling story that interweaves familial collaboration and conflict with a haunting exploration of the sublime beauty of astronomy and our small but essential place within a vast and astonishing cosmos. Through Lina's trials and successes we witness the dawning of an early feminist consciousness a woman struggling to find her own place among the stars.

A Thousand Miles from Nowhere (Hardcover)