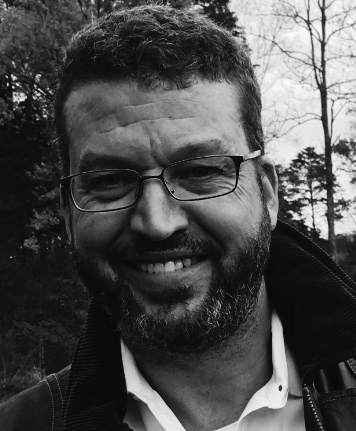 John Hart is the "New York Times" bestselling author of "Down River", "The Last Child" and "The King of Lies". He is a two-time winner of the Edgar Allan Poe Award. Hart was born and raised in North Carolina. For a time he practiced criminal defense law, but left to focus on his writing. He used to do foolish things, like fly helicopters and sail small boats across large oceans. Now, with a loving young family, he writes books, which is harder but safer.

Over 2 million copies of his books in print. The first and only author to win back-to-back Edgars for Best Novel. Every book a "New York Times" bestseller. After five years, John Hart is back.

Since his debut bestseller, "The King of Lies," reviewers across the country have heaped praise on John Hart, comparing his writing to that of Pat Conroy, Cormac McCarthy and Scott Turow. Each novel has taken Hart higher on the "New York Times" Bestseller list as his masterful writing and assured evocation of place have won readers around the world and earned history's only consecutive Edgar Awards for Best Novel with "Down River" and "The Last Child." Now, Hart delivers his most powerful story yet.
Imagine:

A boy with a gun waits for the man who killed his mother.

A troubled detective confronts her past in the aftermath of a brutal shooting.

After thirteen years in prison, a good cop walks free as deep in the forest, on the altar of an abandoned church, a body cools in pale linen

This is a town on the brink.

This is Redemption Road.

Brimming with tension, secrets, and betrayal, "Redemption Road" proves again that John Hart is a master of the literary thriller.