Julie Buntin with MARLENA (at the Lyric) 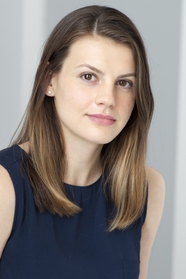 An electric debut novel about love, addiction, and loss; the story of two girls and the feral year that will cost one her life, and define the other’s for decades

Everything about fifteen-year-old Cat’s new town in rural Michigan is lonely and off-kilter, until she meets her neighbor, the manic, beautiful, pill-popping Marlena. Cat, inexperienced and desperate for connection, is quickly lured into Marlena’s orbit by little more than an arched eyebrow and a shake of white-blond hair. As the two girls turn the untamed landscape of their desolate small town into a kind of playground, Cat catalogues a litany of firsts—first drink, first cigarette, first kiss—while Marlena’s habits harden and calcify. Within the year, Marlena is dead, drowned in six inches of icy water in the woods nearby. Now, decades later, when a ghost from that pivotal year surfaces unexpectedly, Cat must try to forgive herself and move on, even as the memory of Marlena keeps her tangled in the past.

Alive with an urgent, unshakable tenderness, Julie Buntin’s Marlena is an unforgettable look at the people who shape us beyond reason and the ways it might be possible to pull oneself back from the brink.

“Julie Buntin captures that unique moment at the precipice of adulthood with emotional honesty and insight. She writes the kind of piercing, revelatory sentences you have to read to whomever is near, sentences you find yourself remembering years later.” –Jonathan Safran Foer

Julie Buntin is from northern Michigan. Her work has appeared in The Atlantic, Cosmopolitan, O, The Oprah Magazine, Slate, Electric Literature, and One Teen Story, among other publications. She teaches fiction at Marymount Manhattan College, and is the Director of Writing Programs at Catapult. She lives in Brooklyn, New York.