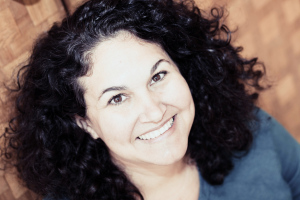 When two estranged sisters reunite for their parents' 50th anniversary, a family tragedy brings unexpected lessons of hope and healing amid the flowers of their mother's perennial garden.

Eva--known to all as Lovey--grew up in Oxford, MS, surrounded by literary history and her mother's stunning perennial gardens. But a garden shed fire and the burns suffered by one of her best friends seemed to change everything. Her older sister Bitsy blamed her for the fire, and no one spoke up on Lovey's behalf. Bitsy the cheerleader, Bitsy the homecoming queen, Bitsy married to a wealthy investor. And all the while, Lovey bears the brunt of everything that goes wrong.

At eighteen, Lovey turns down a marriage proposal and flees to Arizona--the farthest thing from the South she can imagine. She becomes a successful advertising executive and a weekend yoga instructor, and she seems to have it all together. But she's alone. And on her 45th birthday, she can't help but wonder what's wrong.

When she gets a call from her father insisting that she come home three weeks early for her parents' 50th wedding anniversary celebration, she's at wits end. She's about to close the biggest contract of her career, but his words, "Family First," hit too close to home.

Eva's journey home to the memory garden her father has planned as an anniversary surprise for her mother becomes one of discovering roots, and truth, and love, and what living perennially in spite of disappointments and tragedy really means.

Eva thought she wanted to leave her family and the South far behind, but she's realizing she hasn't truly been herself the whole time she's been gone.

About the Author
New York Times and USA Today bestselling author Julie Cantrell has served as editor-in-chief of the Southern Literary Review and is a recipient of the Mississippi Arts Commission Literary Fellowship. She is the author of two children’s books as well as Into the Free, which received Christy Awards for Best Debut Novel and Book of the Year 2013 as well as the Mississippi Library Association’s Fiction Award. She's the author of two other novels, When Mountains Move and The Feathered Bone.