Edgar-award winning crime fiction writer Megan Abbott is our John Grisham writer in residence. Don’t miss this opportunity to hear her read and meet her while she’s in town! 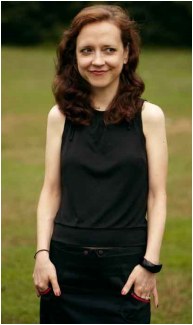 Megan Abbott is the Edgar®-winning author of the novels Queenpin, The Song Is You, Die a Little, Bury Me Deep, and The End of Everything. Her latest novel, Dare Me, was chosen by Entertainment Weekly as one of the Best Books of 2012 and is soon to be a major motion picture.

Her writing has appeared in the New York Times, Salon, the Los Angeles Times Magazine, The Believer, Los Angeles Review of Books, Detroit Noir, Best Crime and Mystery Stories of the Year, Storyglossia, Queens Noir and The Speed Chronicles.

Born in the Detroit area, she graduated from the University of Michigan and received her Ph.D. in English and American literature from New York University. She has taught at NYU, the State University of New York and the New School University. In 2013, she will serve as the John Grisham Writer in Residence at Ole Miss.

She is also the author of a nonfiction book, The Street Was Mine: White Masculinity in Hardboiled Fiction and Film Noir, and the editor of A Hell of a Woman, an anthology of female crime fiction. She has been nominated for many awards, including three Edgar® Awards, Hammett Prize, the Macavity, Anthony and Barry Awards, the Los Angeles Times Book Prize and the Pushcart Prize.