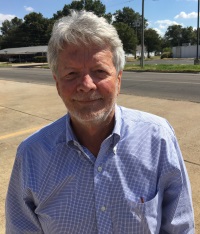 In the second half of the 20th century, eager investors, from city slickers to country folks, and others poured hundreds of millions of dollars into the southern United States to build catfish farms, processing plants, and infrastructure.

Likened to the California Gold Rush of a century earlier, raising catfish was seen as a panacea for a down economy – even easy money.   More than 150,000 acres of catfish ponds were built and stocked in the Mississippi Delta and neighboring states, as an obliging news media served up the feel-good story like an all-you-can-eat buffet.

But by the year 2000, when farmers over-produced and Asians began shipping cheap fish to the U.S. by the boatloads, the glamour was fading.   Almost overnight, an industry was in full retreat, taking with it thousands of jobs from the South’s poorest regions.

In “Catfish Days – From Belzoni to the Big Apple,” Mike McCall, editor of The Catfish Journal for more than 25 years, chronicles the rise, fall and survival of one of America’s most unique businesses in the last 100 years. It’s revealing that the likes of Willard Scott, Oprah Winfrey, the U.S. Justice Department, Willie Nelson, Pennzoil, the Minnesota Public Employees Retirement System, Dolly Parton, Jesse Jackson, the CIA, and two U.S. Presidents were caught in the net with catfish.  It’s all connected.  The celebrities and politicians were only bit players in the saga of a slippery hero who swam out of the darkness and into the light.

Harry M. “Mike” McCall grew up in Jackson, Mississippi and is a graduate of the University of Southern Mississippi.  Newspaper positions have included the Jackson Clarion-Ledger, Memphis Commercial Appeal, and The Sun-Herald in Biloxi.   Additional assignments were with Westchester Newspapers in White Plains, N.Y. and Offshore Magazine in Houston, Texas.   He is co-founder of the Mississippi Business Journal and has been editor of The Catfish Journal for 25 years.