Otis Sanford with FROM BOSS CRUMP TO KING WILLIE 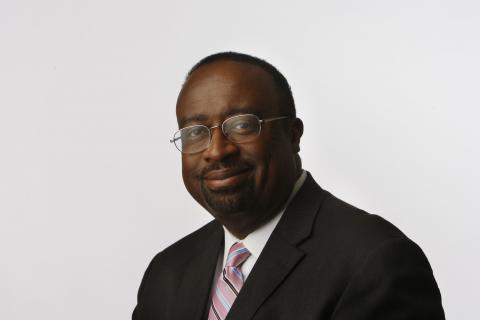 From Boss Crump to King Willie offers an in-depth look at the vital role that race played in the political evolution of Memphis, from the rise of longtime political boss Edward Hull Crump to the election of Dr. Willie Herenton as the city’s first black mayor. Filled with vivid details on the workings of municipal politics, this accessible account by veteran journalist Otis Sanford explores the nearly century-long struggle by African Americans in Memphis to secure recognition from local leaders and gain a viable voice in the city’s affairs.

Sanford explains how, in 1909, Crump won his first election as mayor without black support but then immediately sought to woo and keep the black vote in order to maintain his political machine for the next two generations. The African American community overwhelmingly supported the Crump organization because he at least listened and responded to some of their concerns, while other white leaders completely ignored them. The book probes Crump’s hot-and-cold relationship with local newspaper editors, some of whom castigated his machine politics, and examines the press’s influence on the political and civic life of the city. It also shows how, amid longstanding racism and poverty in Memphis, the black community nevertheless produced many prominent business, religious, and political leaders, most of whom had an amicable relationship with “Boss” Crump.

The book goes on to explore the political vacuum that ensued after Crump’s death in 1954, and the factors that led to African Americans becoming the majority voting population in the city following Dr. Martin Luther King Jr.’s assassination in 1968. Through the civil rights movement and beyond, black Memphians kept up their fight for recognition and inclusion. That fight culminated in the election of Dr. Herenton, a well-educated native son who proved to be the right man at the right time to make racial and political history in the city. Additionally, the book compares the racial climate in Memphis with that in other southern cities during the height of the civil rights movement.

“With the arguable exceptions of Elvis Presley and Martin Luther King Jr., no historical character has had greater influence in shaping the nature of Memphis than Edward Hull Crump. His influence, both good and otherwise, is still powerful today; yet, Willie Herenton led the pivotal reversal to African American leadership for modern Memphis. Otis Sanford’s From Boss Crump to King Willie provides the best understanding of this aspect of Memphis’s history and will be required reading for students, scholars, and anyone who wants a lucid, readable account of the city’s past experiences.” —Charles W. Crawford, professor of history, University of Memphis

Otis Sanford holds the Hardin Chair of Excellence in Economic/Managerial Journalism at the University of Memphis. He also serves as the political commentator for WREG-TV in Memphis. A former managing editor and current political columnist at the Memphis Commercial Appeal, he also worked for the Jackson (Miss.) Clarion-Ledger, the Pittsburgh Press, and the Detroit Free Press. He was inducted into the Tennessee Journalism Hall of Fame in 2014.