Phillip Lewis with THE BARROWFIELDS 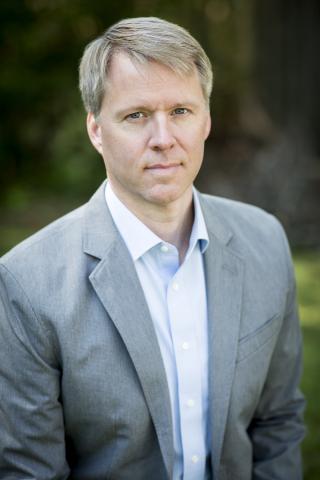 Phillip Lewis’s striking debut novel traces the fates and ambitions of a father and son across the decades, centered in a small Appalachian town that simultaneously defines them and drives them both away.

Just before Henry Aster’s birth, his father reluctantly returns to the North Carolina town in which he was raised—Old Buckram, a place of grim poverty yet staggering natural beauty—with his outsized literary ambition and pregnant wife in tow. He installs his young family in a “monstrous gothic skeleton” of a house made of iron and glass and with an eerie history, separated from town by a barren, rocky stretch of land called the Barrowfields. There, Henry and his little sister, Threnody, grow up in thrall to their fiercely brilliant, obsessive father, who spends his days as a lawyer in town and his nights writing in his library. But when tragedy tips his father toward a fearsome unraveling, Henry’s youthful reverence is poisoned; by the time he leaves for college he’s resolved never to return, despite promising to come back and take care of his mother and sister.

During his time away at college and then law school, Henry meets a young woman named Story. A fellow student whose own family past is shrouded in mystery, Story helps him grapple with his father’s haunting legacy. Henry is gradually forced to face the tragic possibility that he’s more like his father than he’d like to admit and that, try as he might, he can never truly escape his home, which calls him back over and over again.

Mythic in its sweep and mesmeric in its prose, The Barrowfields is a breathtaking novel that plumbs the darker side of devotion, the limits of forgiveness, and the question of whether identity is forever bound to where you come from.

Phillip Lewis, born and raised in the Appalachian Mountains, is a lawyer who currently lives in Charlotte, North Carolina, with his family. The Barrowfields is his first novel.