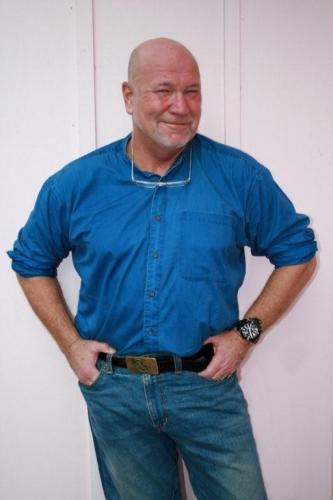 Doc Ford is on a collision course with death in this extraordinary new novel from the New York Times bestselling author.

Alot is going on in the trailer park known as Little Guadalajara, inhabited principally by illegal laborers. The park manager is the hired gun of a financial syndicate that wants to develop the property, and he's prepared to do whatever it takes-but he can't figure out what to do about the teenage girl, the one the laborers believe has some sort of gift.

When she witnesses him killing a man, though, and runs, there's nothing left to figure: He's got to find her fast and shut her up good. Her only hope for survival: a marine biologist (and sometimes more) named Doc Ford, who along with his friend Tomlinson, must undertake a search through an underground, invisible nation...and just hope he reaches her first.

Randy Wayne White is the author of seventeen previous Doc Ford novels and four collections of nonfiction. He lives in an old house built on an Indian mount in Pineland, Florida.