Richard Ford with BETWEEN THEM 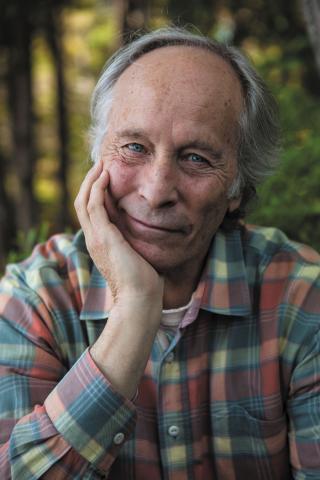 From Pulitzer Prize winner and New York Times best-selling author Richard Ford, a memoir in two parts on the lives of his parents—a stirring meditation on memory, connection, and love, asking how we can better understand ourselves by knowing the ones who made us.

When do we start considering our parents as real, whole people, with lives that stretch beyond our own? Edna and Parker Ford were married for fifteen years before they had their son, Richard, in 1944, and settled in a small house on Congress Street in Jackson, Mississippi. They met in Little Rock, both young and childless, and traveled together throughout the Deep South. Parker sold laundry starch out of his company Ford, a big, softspoken salesman, with natural charm, while Edna assisted, small, buoyant and black-haired beside him. Unusually for the time, as the Depression engulfed whole families in austerity, Edna and Parker lived freely, out of hotels in Pensacola, Birmingham, Mobile, and New Orleans.

For Richard Ford, the question of what his parents felt, dreamed of, and loved independently of their son is made all the more significant by the brevity of their lives. In Between Them, the award-winning storyteller and creator of the beloved Frank Bascombe crafts two equally indelible characters--his mother and father--each representing unknowable swaths of time on either side of his childhood. Parker, who died suddenly when Ford was only sixteen, dominates the first half of the author’s life and of his parents’ story; Edna takes up the second.

Ford brings his trademark candor, wit, and empathetic storytelling to the most intimate of landscapes: that of his love for two people who remain a mystery. Mining poignant details of his life in the American South during some iconic periods of the 20th century, Between Them illuminates the writer’s past as well as his beliefs on memory, relationships, and self-knowledge. “People,” he writes, “are always more than we know.”

Richard Ford is the author of the Bascombe novels, which include The Sportswriter and its sequels, Independence Day—the first novel to win the Pulitzer Prize and the PEN/Faulkner Award—The Lay of the Land, and New York Times bestseller Let Me Be Frank with You. His other works include best-selling novel Canada and the short story collections Rock Springs and A Multitude of Sins, which contain many widely anthologized stories. He lives in Boothbay, Maine, with his wife Kristina Ford.

Between Them: Remembering My Parents (Hardcover)