Robert Hamblin with LIVING IN MISSISSIPPI 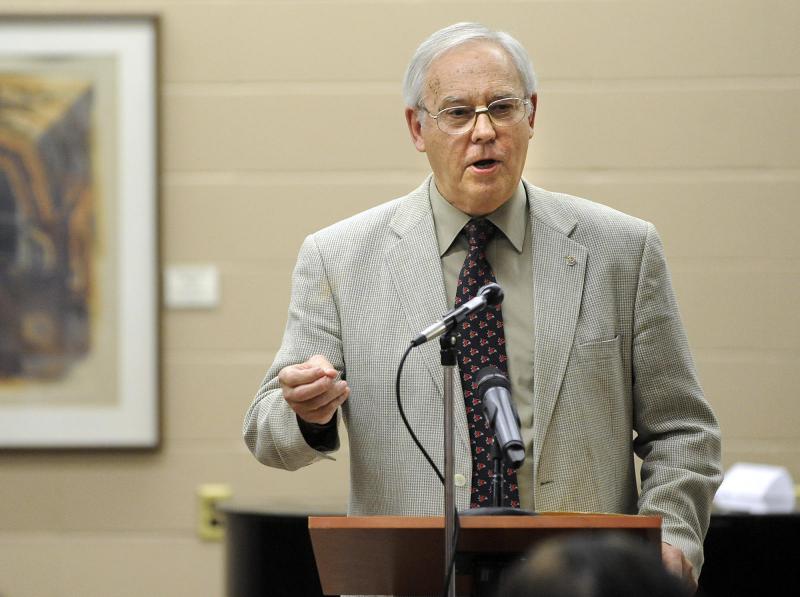 The biography of a scholar, an author, an advocate for racial advancement, and a liberal who stayed in Mississippi.

Robert W. Hamblin elevates Evans Harrington (1925-1997), as well as his remarkable achievements and writings, introducing his legacy to a new generation. Harrington continually found himself in conflict with the conservative, and often reactionary, institutions of his society—be they educational, political, or religious. Yet unlike many Mississippi liberals and moderates of his day—white as well as black—Harrington did not leave the state for a freer environment or better opportunities elsewhere. Except for his military service, he stayed in Mississippi his entire life, and his presence made a difference.

In 1962, Harrington openly supported the enrollment of James Meredith, the first African American student to attend Ole Miss. In 1965, he invited African American students from Tougaloo College to attend the Southern Literary Festival hosted by Ole Miss—the first meeting of that organization to be integrated. In 1972, as faculty sponsor of Images, the Ole Miss literary journal, he joined his student writers in a successful suit against the university's attempt to suppress an issue of the magazine that contained controversial content. In 1996, Harrington united with other ACLU members to support the cause of Lisa Herdahl, who had brought suit against the North Pontotoc School Board for allowing sectarian prayers and devotionals in public school classrooms. Hamblin presents these and other examples, showing Harrington both as an exception to and as a representative figure of his time and place.

This biography also explores Harrington and his writings, which include "Living in Mississippi," a personal essay about being a white liberal in segregated Mississippi; several short stories; a novel, The Prisoners; and three popular novels issued under the pseudonym Gilbert Terrell: Willa, Missy, and Lily, as well as a number of unpublished manuscripts. Harrington also coedited, with Ann J. Abadie, four volumes of papers presented at the annual Faulkner and Yoknapatawpha Conference, which he cofounded.

About the Author
Robert W. Hamblin is professor emeritus of English and founding director of the Center for Faulkner Studies at Southeast Missouri State University. A native of Mississippi, he is the author or editor of thirty books, including eighteen scholarly volumes, six books of poems, four biographies, and two family memoirs. His most recent books are Myself and the World: A Biography of William Faulkner, published by University Press of Mississippi; Faulkner and Warren; and Dogwood Winter and Other Seasons.

Living in Mississippi: The Life and Times of Evans Harrington (Hardcover)