Rupert Thomson with NEVER ANYONE BUT YOU 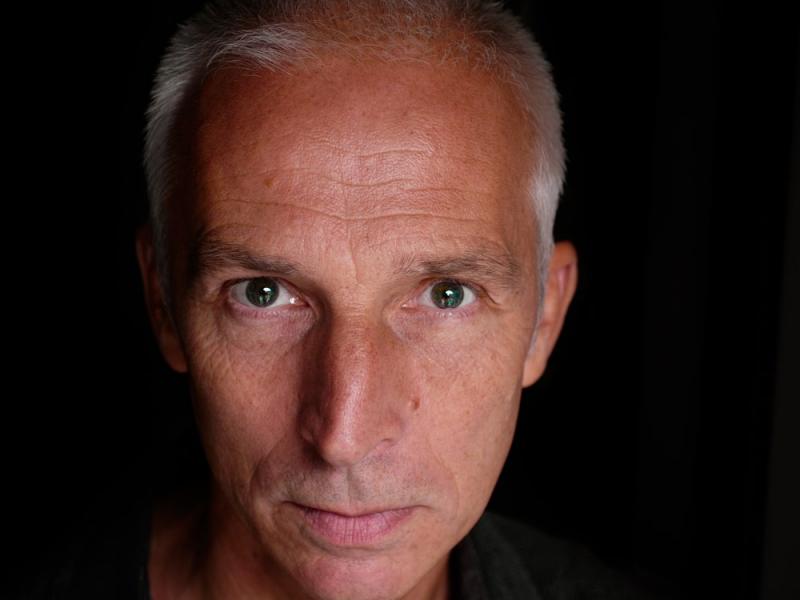 "This British writer has been rewarding his readers with some of the most unusual and unusually good fiction for ten books now.   In his newest work, two European teenage girls meet circa World War I.  Through circumstances the father of one marries the mother of the other, enabling Lucie and Suzanne to use their new sister relationship to disguise their love affair.   In Paris they run with such literary bulls as Hemingway and Andre Breton, then move to the island of Jersey where they plot their part in the Nazi resistance and put their own lives in jeopardy." - RH

In the years preceding World War I, two young women meet, by chance, in a provincial town in France. Suzanne Malherbe, a shy seventeen-year-old with a talent for drawing, is completely entranced by the brilliant but troubled Lucie Schwob, who comes from a family of wealthy Jewish intellectuals. They embark on a clandestine love affair, terrified they will be discovered, but then, in an astonishing twist of fate, the mother of one marries the father of the other. As “sisters” they are finally free of suspicion, and, hungry for a more stimulating milieu, they move to Paris at a moment when art, literature, and politics blend in an explosive cocktail.

Having reinvented themselves as Claude Cahun and Marcel Moore, they move in the most glamorous social circles, meeting everyone from Hemingway and Dalí to André Breton, and produce provocative photographs that still seem avant-garde today. In the 1930s, with the rise of anti-Semitism and threat of fascism, they leave Paris for Jersey, and it is on this idyllic island that they confront their destiny, creating a campaign of propaganda against Hitler’s occupying forces that will put their lives in jeopardy.

Brilliantly imagined, profoundly thought-provoking, and ultimately heartbreaking, Never Anyone But You infuses life into a forgotten history as only great literature can.

About the Author
Rupert Thomson is the author of nine highly acclaimed novels, including Secrecy; The Insult, which was shortlisted for the Guardian Fiction Prize and selected by David Bowie as one of his 100 Must-Read Books of All Time; The Book of Revelation, which was made into a feature film by Ana Kokkinos; and Death of a Murderer, which was shortlisted for the Costa Novel of the Year Award. His memoir, This Party’s Got to Stop, was named Writers’ Guild Non-Fiction Book of the Year. He lives in London.

Never Anyone But You: A Novel (Hardcover)