Shannon Burke with INTO THE SAVAGE COUNTRY 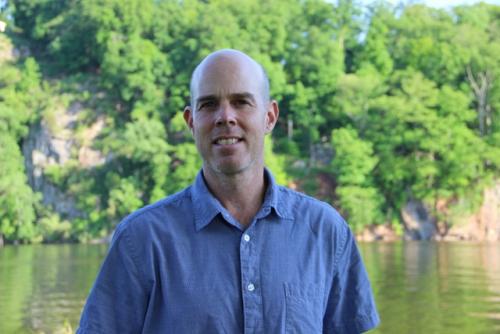 This breathtaking adventure set in the American West of the 1820s is at once a tale of complex friendships, a love story, and a panoramic retelling of a crucial moment in American history.

When the young William Wyeth leaves St. Louis for a fur-trapping expedition, he nearly loses his life and quickly discovers the depth of loyalty among the men who must depend on one another to survive. While convalescing, he falls in love with proud Alene, a young widow who may or may not wait for him. And on a wildly risky expedition into Crow territory, Wyeth finds himself unwittingly at the center of a deadly boundary dispute among Native American tribes, the British government, and American trapping brigades. A classic adventure told with great suspense and literary flair, Into the Savage Country illuminates the ways in which extreme circumstances expose the truth about the natures of individual men and the surprising mechanics of their bravery, loyalty, and friendship.

Shannon Burke is the author of the novels Safelight and Black Flies (a New York Times Notable Book). He has also worked on several film projects, including Syriana. He lives in Tennessee.