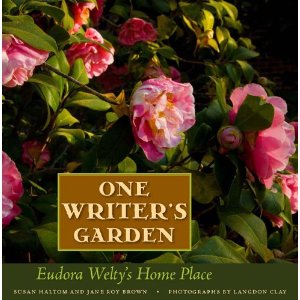 By the time she reached her late twenties, Eudora Welty (1909-2001) was launching a distinguished literary career. She was also becoming a capable gardener under the tutelage of her mother, Chestina Welty, who designed their modest garden in Jackson, Mississippi. From the beginning, Eudora wove images of southern flora and gardens into her writing, yet few outside her personal circle knew that the images were drawn directly from her passionate connection to and abiding knowledge of her own garden.

Near the end of her life, Welty still resided in her parents' house, but the garden-and the friends who remembered it-had all but vanished. When a local garden designer offered to help bring it back, Welty began remembering the flowers that had grown in what she called "my mother's garden." By the time Eudora died, that gardener, Susan Haltom, was leading a historic restoration. When Welty's private papers were released several years after her death, they confirmed that the writer had sought both inspiration and a creative outlet there. This book contains many previously unpublished writings, including literary passages and excerpts from Welty's private correspondence about the garden.