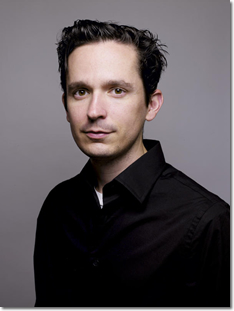 From the acclaimed author of The Last Town on Earth comes the gripping follow-up to Darktown, a “combustible procedural that will knock the wind out of you” (The New York Times).

Officer Denny Rakestraw, “Negro Officers” Lucius Boggs and Tommy Smith, and Sergeant McInnis have their hands full in an overcrowded and rapidly changing Atlanta. It’s 1950 and color lines are shifting and racial tensions are simmering. Black families—including Smith’s sister and brother-in-law—are moving into Rake’s formerly all-white neighborhood, leading some residents to raise money to buy them out, while others advocate a more violent solution. Rake’s brother-in-law, Dale, a proud Klansman, launches a scheme to rally his fellow Kluxers to save their neighborhood. When those efforts spiral out of control and leave a man dead, Rake is forced to choose between loyalty to family or the law.

He isn’t the only one with family troubles. Boggs has outraged his preacher father by courting a domestic, and now her ex-boyfriend has been released from prison. As Boggs, Smith, and their all-black precinct contend with violent drug dealers fighting for turf in new territory, their personal dramas draw them closer to the fires that threaten to consume Atlanta once again.

With echoes of James Ellroy and Denis Lehane, Mullen demonstrates in Lightning Men why he’s celebrated for writing crime fiction “with a nimble sense of history...quick on its feet and vividly drawn" (Dallas Morning News).

About the Author
Thomas Mullen is the author of Darktown and The Last Town on Earth—which was named Best Debut Novel of 2006 by USA TODAY and was awarded the James Fenimore Cooper Prize for excellence in historical fiction—The Many Deaths of the Firefly Brothers, and The Revisionists. His works have been named to year’s best lists by the Chicago Tribune, USA TODAY, The Atlanta Journal-Constitution, the A.V. Club, The San Diego Union-Times, Paste, Cleveland's Plain-Dealer, and Amazon. His stories and essays have been published in Grantland, Paste, and the Huffington Post, and his Atlanta Magazine true crime story about a novelist/con man won the City and Regional Magazine Award for Best Feature. He lives in Atlanta with his wife and sons.