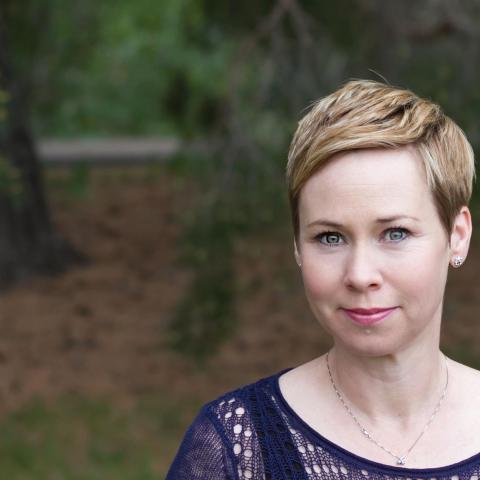 Tiffany Quay Tyson grew up in Jackson, Mississippi, and attended Delta State University. Her short fiction has been published in "The""Tulane Review" and "Peeks & Valleys: A Southern Journal". She lives in Denver, where she has served on the board of directors for Lighthouse Writers Workshop, and occasionally leads workshops for the Lighthouse Young Writers Program.

"A massive storm was coming straight for Mama's little plot of land in the Mississippi Delta and there was no way any of them could outrun the weather."
""
For three years Melody Mahaffey has been on the road, touring as a keyboardist with a terrible Christian pop band she can hardly stand. So when her mother calls, full of her usual dire news and dramatic pronouncements, Melody is relieved to pack her bags and call it quits. But at the sprawling, defunct Three Rivers Farm her family calls home, Melody is shocked to discover her father is dying. Even worse, her mother has abandoned the family, leaving Melody the sole caretaker of her father and brain-damaged brother. Sure that her daughter will do the right thing, Geneva leaves to seek spiritual guidance and break things off with her long-time lover.

Rain begins to fall and an epic flood threatens the Mississippi Delta. While Melody tries to get a handle on the chaos at home, a man and his little boy squat on her land, escaping their own nightmare. Obi is on the run from a horrific mistake, and he's intent on keeping his son with him at any cost. When the storm arrives, though, they have no choice but to take shelter in Melody's house. And the waters just keep rising.

A lifetime of lies, misunderstandings and dark secrets bubble to the surface as the flood destroys the land and threatens their lives. Set against the fertile but dangerous landscape of the rural south near the fictional town of White Forest, Mississippi, "Three Rivers" beautifully weaves together three parallel stories, told over three days, as each character is propelled headlong into the storm.