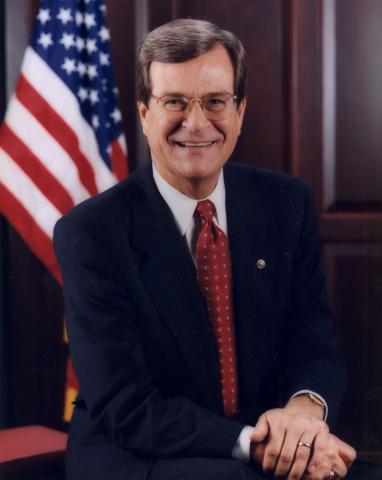 Trent Lott is the junior senator from Mississippi. He currently chairs both the Rules and Administration Committee and the Surface Transportation Subcommittee and serves on the Select Committee on Intelligence and the Finance Committee. He lives with his family in Washington, D.C., and Pascagoula, Mississippi.

Tom Daschle is a former U.S. Senator and Senate majority leader from South Dakota. He is currently a special policy advisor at the law firm Alston & Bird LLP, a visiting professor at the Georgetown Public Policy Institute, and a Distinguished Senior Fellow at the Center for American Progress.

Tom Daschle and Trent Lott are two of the most prominent senators of recent time. Both served in their respective parties' leadership positions from the 1990s into the current century, and they have almost sixty years of service between them. Their congressional tenure saw the Reagan tax cuts, a deadlocked Senate, the Clinton impeachment, 9/11, and the Iraq War. Despite the tumultuous times, and despite their very real ideological differences, they have always maintained a positive working relationship, one almost unthinkable in today's hyper-partisan climate.

In their book, Daschle and Lott come together from opposite sides of the aisle to sound an alarm on the current polarization that has made governing all but impossible; never before has the people's faith in government been so dismally low. The senators itemize damaging forces--the permanent campaign, the unprecedented money, the 24/7 news cycle--and offer practical recommendations, pointing the way forward. Most crucially, they recall the American people, especially our leaders, to the principles enshrined in the Constitution, and to the necessity of debate but also the imperative of compromise--which will take leadership, vision, and courage to bring back.

Illustrated with personal stories from their own eminent careers and events cited from deeper in American history, "Crisis Point" is an invaluable work that comes at a critical juncture. It is a work of conscience, as well as duty, written with passion and eloquence by two men who have dedicated their lives to public service and share the conviction that all is far from lost.

Crisis Point: Why We Must – and How We Can – Overcome Our Broken Politics in Washington and Across America (Hardcover)