Whitney Terrell with THE GOOD LIEUTENANT 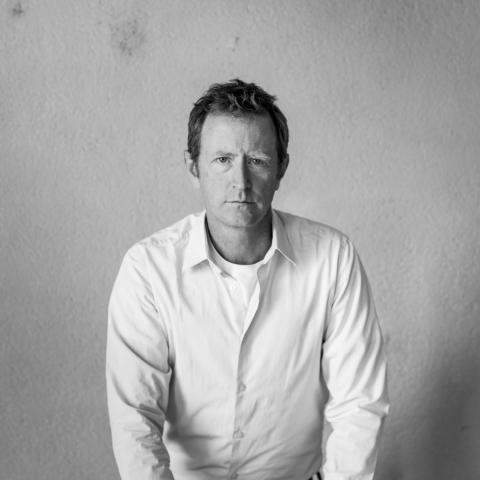 Whitney Terrell is the New Letters Writer-in-Residence at the University of Missouri-Kansas City. He is a graduate of Princeton University and has an MFA from the Iowa Writers' Workshop. His first novel, The Huntsman, was a New York Times Notable Book. His nonfiction has appeared in the New York Times, Details, Harper's Magazine, the New York Observer, the Kansas City Star, and the Atlanta Journal-Constitution. He was an embedded reporter in Iraq during 2006 and 2010 and covered the war for the Washington Post Magazine, Slate, and NPR. He was born and raised in Kansas City.

"The Good Lieutenant" literally starts with a bang as an operation led by Lieutenant Emma Fowler of the Twenty-seventh Infantry Battalion goes spectacularly wrong. Men are dead--one, a young Iraqi, by her hand. Others were soldiers in her platoon. And the signals officer, Dixon Pulowski. Pulowski is another story entirely--Fowler and Pulowski had been lovers since they met at Fort Riley in Kansas.

From this conflagration, "The Good Lieutenant" unspools backward in time as Fowler and her platoon are guided into disaster by suspicious informants and questionable intelligence, their very mission the result of a previous snafu in which a soldier had been kidnapped by insurgents. And then even further back, before things began to go so wrong, we see the backstory unfold from points of view that usually are not shown in war coverage--a female frontline officer, for one, but also jaded career soldiers and Iraqis both innocent and not so innocent. Ultimately, as all these stories unravel, what is revealed is what happens when good intentions destroy, experience distorts, and survival becomes everything.

Brilliantly told and expertly captured by a terrific writer at the top of his form, Whitney Terrell's "The Good Lieutenant" is a gripping, insightful, necessary novel about a war that is proving to be the defining tragedy of our time.