William Boyle with THE LONELY WITNESS (in conversation with Jack Pendarvis) 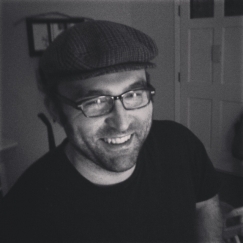 When a young woman with a sordid past witnesses a murder, she finds herself fascinated by the killer and decides to track him down herself.

Amy was once a party girl, but she now lives a lonely life, helping the house-bound to receive communion in the Gravesend neighborhood of Brooklyn. She stops in at one of the apartments on her route, where Mrs. Epifanio, the elderly woman who lives there, says she hasn’t seen her usual caretaker, Diane, in a few days. Supposedly, Diane has the flu—or so Diane’s son Vincent said when he first dropped by and vanished into Mrs. E’s bedroom to do no-one-knows-what.

Amy’s brief interaction with Vincent in the apartment that day sets off warning bells, so she assures Mrs. E that she’ll find out what’s really going on with both him and his mother. She tails Vincent through Brooklyn, eventually following him and a mysterious man out of a local dive bar. At first, the men are only talking as they walk, but then, almost before Amy can register what has happened, Vincent is dead.

For reasons she can’t quite understand, Amy finds herself captivated by both the crime she witnessed and the murderer himself. She doesn’t call the cops to report what she’s seen. Instead, she collects the murder weapon from the sidewalk and soon finds herself on the trail of a killer.

Character-driven and evocative, The Lonely Witness brings Brooklyn to life in a way only a native can, and opens readers’ eyes to the harsh realities of crime and punishment on the city streets.

About the Author
William Boyle is from Brooklyn, New York. His debut novel, Gravesend, was published as #1,000 in the Rivages/Noir collection in France, where it was shortlisted for the Prix Polar SNCF 2017 and nominated for the Grand Prix de Littérature Policière. Boyle is also the author of a book of short stories, Death Don't Have No Mercy, and of another novel, Tout est Brisé, recently released in France by Gallmeister. He lives in Oxford, Mississippi.

The Lonely Witness: A Novel (Hardcover)