Zachary Lazar with VENGEANCE (in conversation with Kiese Laymon) 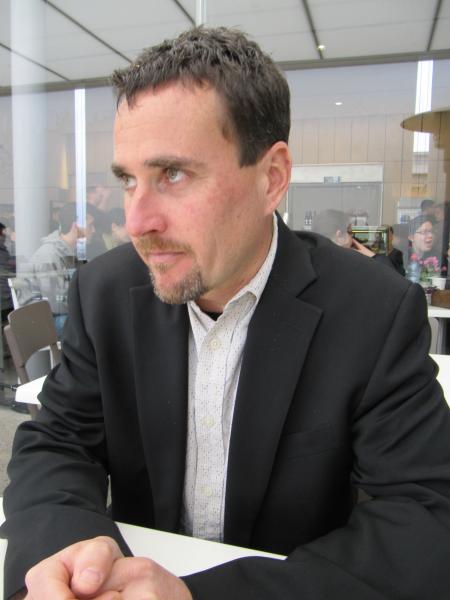 “More than any book I’ve read in the twenty-first century, Zachary Lazar’s Vengeance makes the reader reckon with the questions of what’s real, what’s imagined, and why those questions matter more in 2017 than at any other time in our nation. . . . Vengeance reminds me of what is possible through deft, imaginative, ‘real’ storytelling.” —Kiese Laymon, author of Long Division

Zachary Lazar’s powerful and important novel was inspired by a passion play, The Life of Jesus Christ, he witnessed at the Louisiana State Penitentiary at Angola. As someone who writes “fiction, nonfiction, sometimes a hybrid of both,” the narrator of Vengeance, a character much like Lazar himself, tries to accurately view a world he knows is “beyond the limits of my small understanding.” In particular, he tries to unravel the truth behind the supposed crime of an inmate he meets and befriends, Kendrick King, who is serving a life sentence at Angola for murder.

As the narrator attempts to sort out what happened in King’s life—paying visits to his devoted mother, his estranged young daughter and her mother, his girlfriend, his brother, and his cousin—the writer’s own sense of identity begins to feel more and more like a fiction. He is one of the “free people” while Kendrick, who studies theology and philosophy, will never get his only wish, expressed plainly as “I just need to get out of here.” The dichotomy between their lives forces the narrator to confront the violence in his own past, and also to reexamine American notions of guilt and penance, racial bias, and the inherent perversity of punitive justice.

It is common knowledge that we have an incarceration crisis in our country. Vengeance, by way of vivid storytelling, helps us to understand the failure of empathy and imagination that causes it.

About the Author
Zachary Lazar is the author of three previous books, including the novel Sway, chosen as a Best Book of 2008 by the Los Angeles Times, Rolling Stone, Publishers Weekly, and Newsday, and the memoir Evening's Empire: The Story of My Father's Murder, a Chicago Tribune Best Book of 2009. Lazar is the recipient of a Guggenheim Fellowship, the Hodder Fellowship at Princeton University, and, most recently, the John Updike Award from the American Academy of Arts and Letters for "a writer in mid-career whose work has demonstrated consistent excellence." He lives in New Orleans.