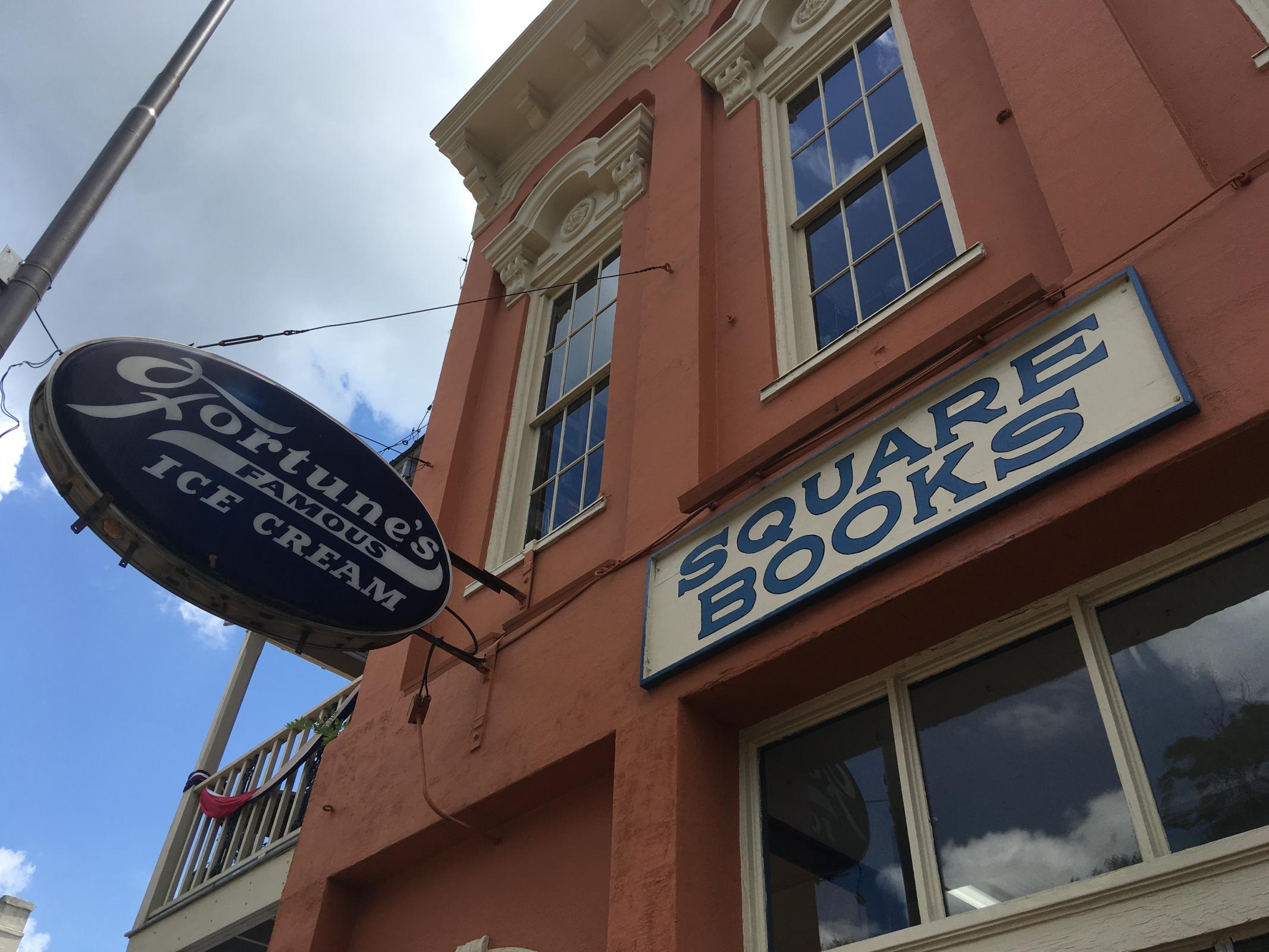 At Square Books it's not unusual to see people open the front door, stick their heads in, then turn around and leave. We know who these people are. They have seen the Fortune's Ice Cream sign on our building, come in for ice cream, then think, no, this is a bookstore. We run after them because, like we said, we know them. We quickly say, "Are you looking for ice cream?" And they say, "Yes!" 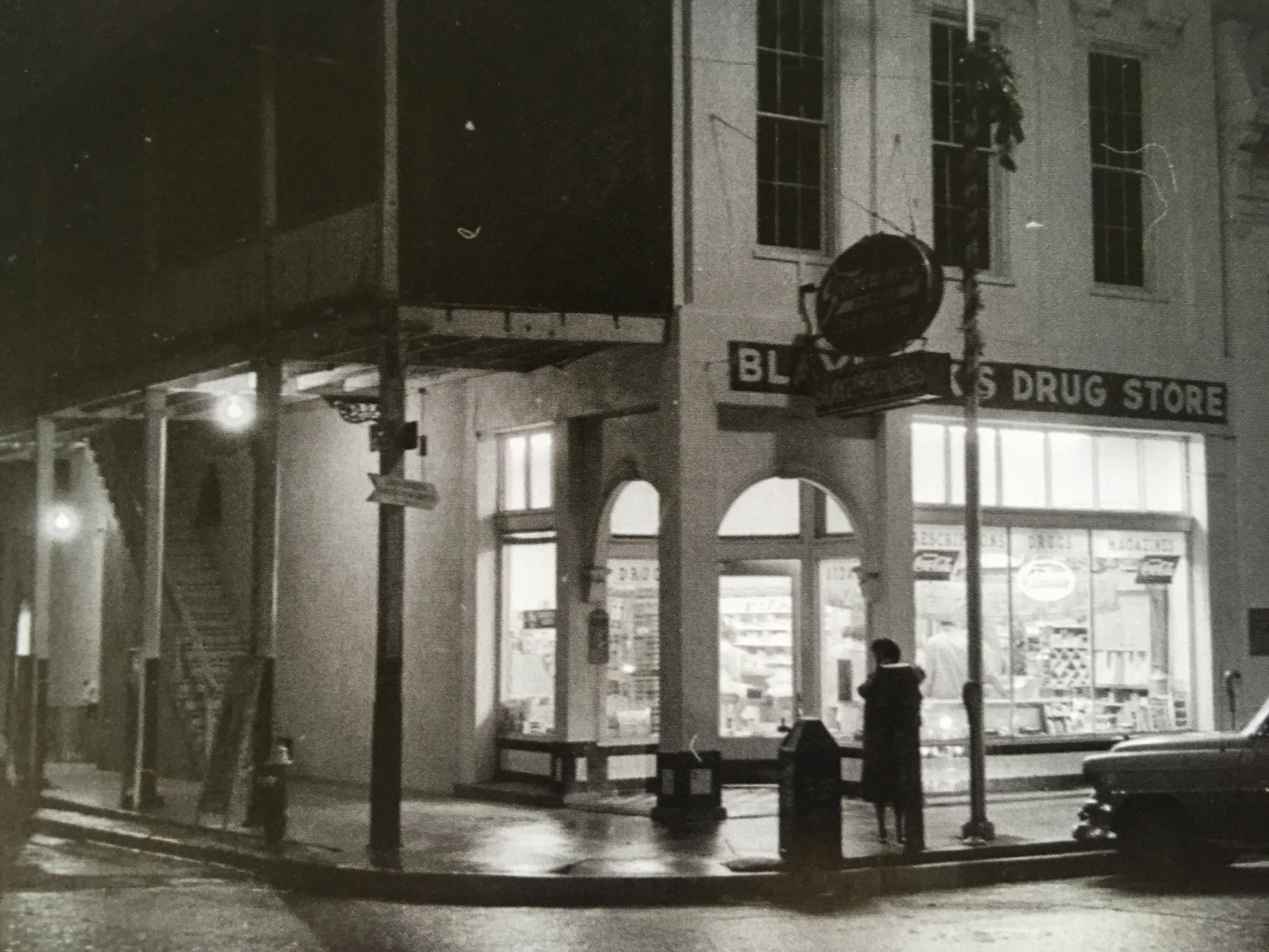 For a long time, through the ownership of four families—the Furrs, the Rolands, the Blaylocks, and another we can't quite remember—the Square Books building was a drugstore, with a soda fountain located just to the right upon enterning. At some point the drugstore bought its ice cream from Fortune's, based in Memphis, and the Fortune folks surely gave the drugstore this sign in the same way Budweiser gives its sign to bars: to sell more beer; and in Fortune's case, more ice cream. The image to the right is from Oxford, Mississippi: The Cofield Collection when the building was home to Blaylock's Drug Store.

When the Howorths bought the building in 1984, and planned to renovate it (the balcony that had been removed at one point needed to be restored and, among other things, the store needed an interior staircase), one thing was certain: the Fortune's sign wasn't going anywhere. Even then, it had been there long enough to have become iconic.

And if the sign stayed, then Square Books had better have ice cream. (Years ago, one red-faced man walked in, threw his toothpick on the floor, and said, "That sign is false advertising!") But we had ice cream the day we moved into this location, which is when the Square Books cafe opened, becoming the first place in Oxford, and for many years the only place, to serve espresso or cappuccino. Which reminds us of the visitor from Los Angeles who came to the cafe in the late 80s. He told us he was walking around the square and asked “a native,” “'Is there a place around here where I can get an espresso?' The man gazed at me,” he continued, “then said, ‘Is that a fish?’” 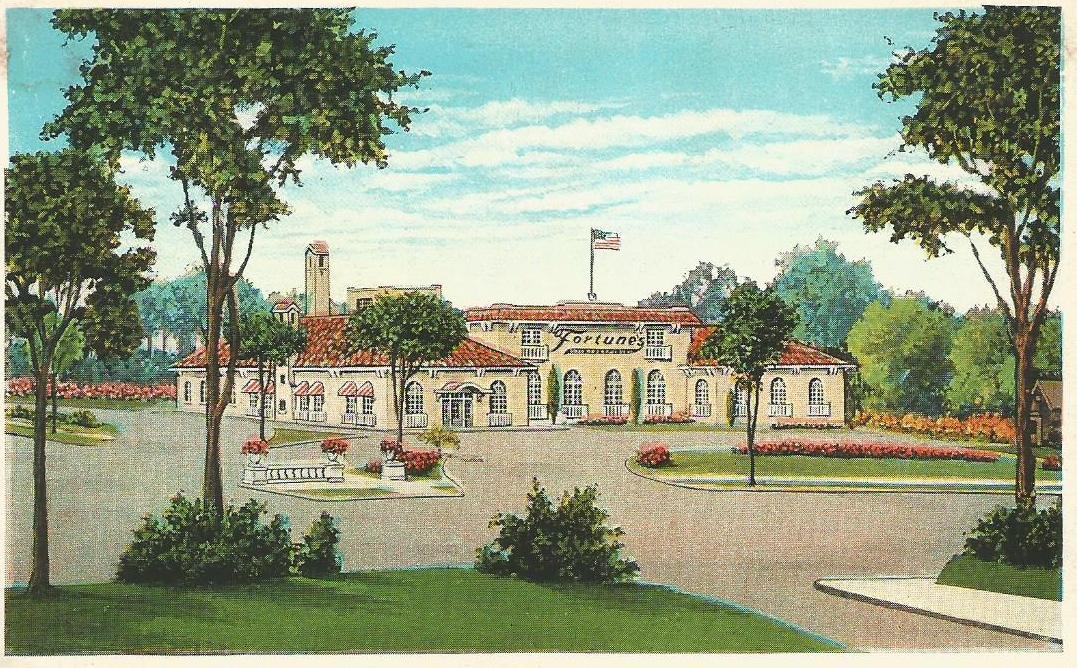 We digress. Who or what was Fortune? Thanks to Vance Lauderdale, who writes about "Lost Memphis" for Memphis City magazine, we know that Fortune's began with Harold Fortune, who had a drug store at Belvedere and Union Avenue in Memphis in the 1920s and, realizing his soda shop was generating more revenue than anything else, expanded his ice cream business. He first created Fortune's Jungle Garden, the "World's first drive-in restaurant and curb service," then, in the 1960s, began operating it entirely as an ice cream enterprise, distributing ice cream throughout the region, including here in Oxford. 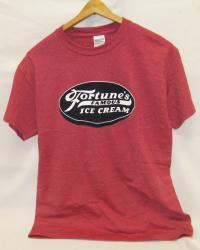 Fortune's disappeared from the landscape when I-40 came through Memphis, and with it their ice cream. But the sign here in Oxford stayed. Chris Stead patched a large hole in the sign with some kind of voodoo epoxy in the mid-80s, which held up until a few years ago. The longer the sign has stayed the greater its legend grows. Our Fortune's T-shirt remains popular—as Oxford people and University of Mississippi students know that it means, well, Oxford.

We sold Avent's ice cream until they closed, then we got it from Luvel for a while. And today we have two kinds—Blue Bunny, and the delicious, Clarksdale-based, Sweet Magnolia Gelato Co. Their gelato is made with cream from Brown Family Dairy—a Lafayette County business owned by the son of Oxford's homegrown writer, the late Larry Brown, who wrote about the farm in his collection of essays, Billy Ray's Farm. We don’t have cones, sprinkles, etc., just ice cream in a cup with a little wooden spoon like the ones you had in elementary school.

This is a long prelude to our invitation to come upstairs sometime this summer, sit down with us, inside or on the balcony, browse a book or two, and enjoy yourself with some ice cream, ice tea, a soda, maybe with a cookie, ice coffee, or—how does this sound?—an iced coffee float!