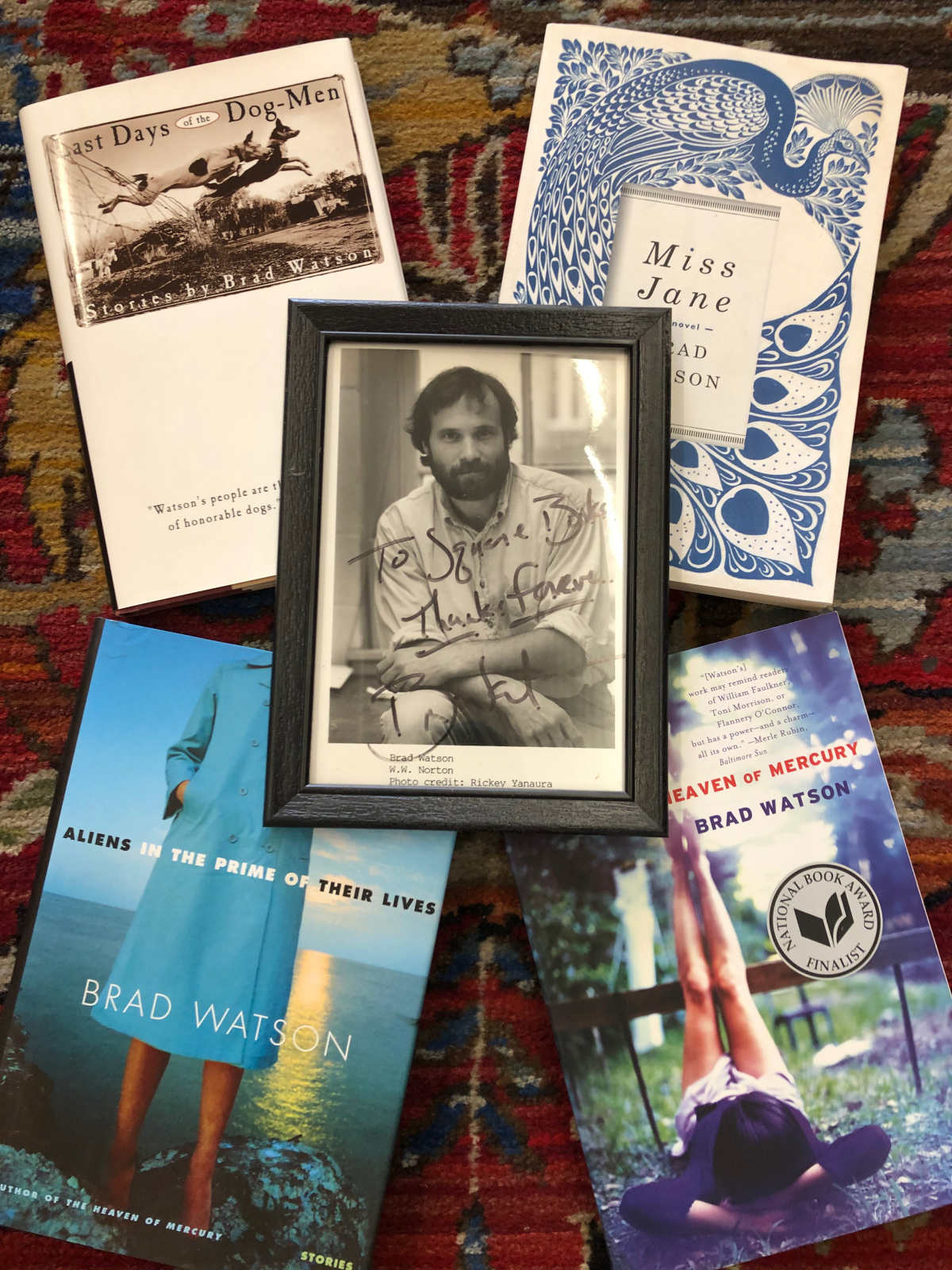 If you know of Brad Watson -- the great fiction writer born in Meridian, Mississippi -- then you almost surely know by now he died this past Wednesday, July 8, of a sudden heart attack. He was 64 and in what he had planned to be his last year of teaching in the University of Wyoming MFA program.

Brad Watson wrote four acclaimed books -- two story collections and two novels, and appeared at Square Books in conjunction with the publication of each.   He was a visiting writer at the University of Mississippi, and counted among his friends in Oxford, Larry Brown, Barry Hannah, and more, including those of us at Square Books.   He had an open and easy way about him, and a charm that, when he smiled and showed you that gap between his two front teeth, was completely winning.

He received both an Award in Letters and the Sue Kaufman Prize for First Fiction, for Last Days of the Dog-Men -- from the National Academy of Arts and Letters, where he had a champion in fellow Misssissippian, Shelby Foote; twice received the Mississippi Institute for Arts and Letters Award, for The Heaven of Mercury and Aliens in the Prime of Their Lives.   In review of his last book, Miss Jane, published in 2016, the New York Times referred to the novel as "gorgeous" and its author, "...a writer of profound emotional depths."

We could go on here; instead, I highly recommend this piece by the great editor at W. W. Norton, Alane Mason, who published all his books, and was the first author for her to publish there.       RH