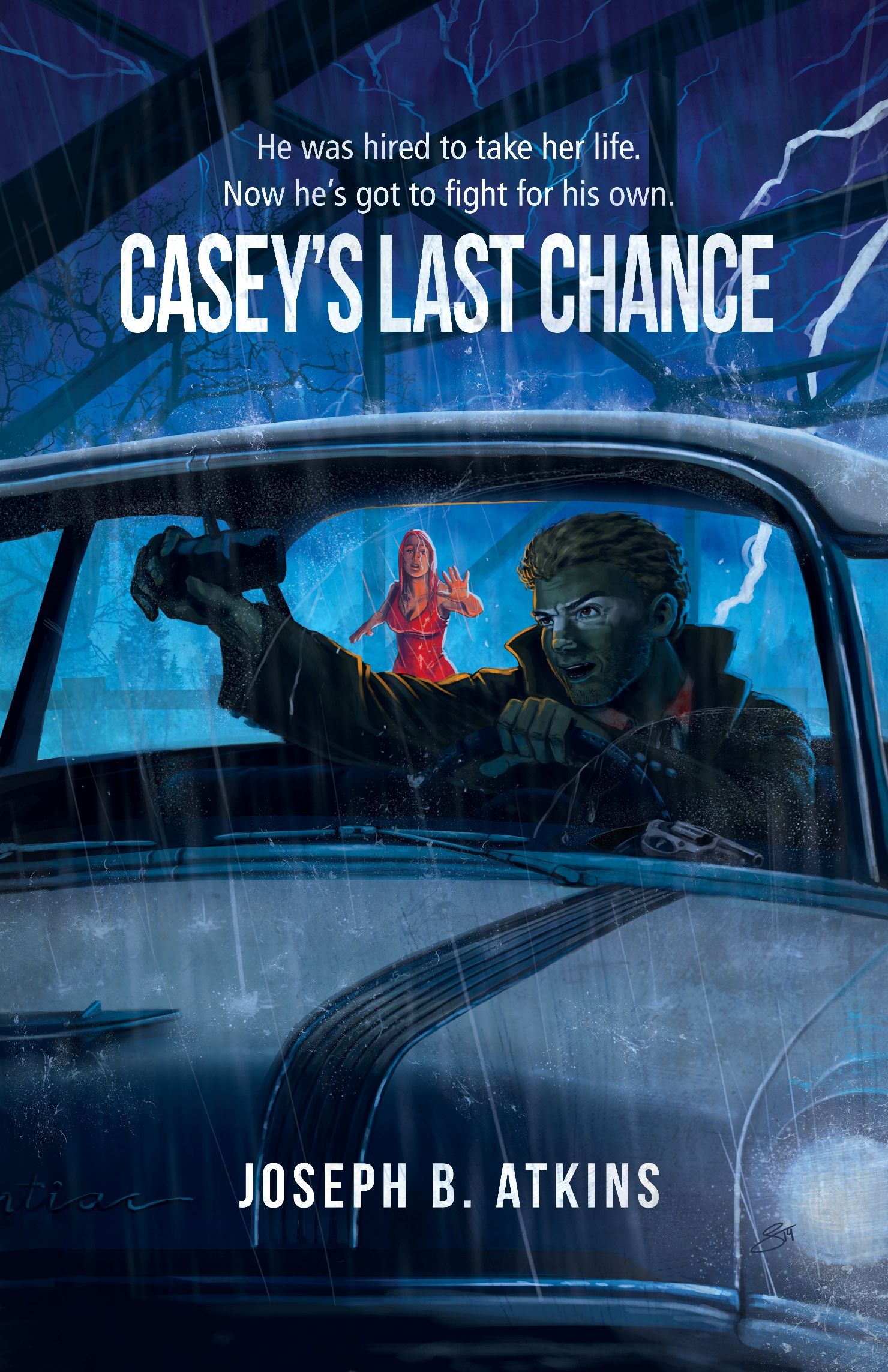 “Move over Greg Iles and make room for another novelist who traffics in treachery, wild rides, unreconstructed Nazis and rogue agents. In Casey’s Last Chance, Joseph B. Atkins establishes for himself a place in the top ranks of Southern gothic storytellers, with a cast of evil characters and a few good men and women to fight them.”—Curtis Wilkie, author of The Fall of the House of Zeus

“Joe Atkins’s Casey’s Last Chance is such pitch-perfect vintage noir, you can almost smell the cigarette burning in the ashtray, a woman’s perfume drifting past. With a twisty plot, vibrant characters, and hardboiled grit to burn, it’s everything you want in a crime novel.”—Megan Abbott, Edgar-award-winning author of Dare Me and The Fever

“Joe Atkins has crafted an original, provocative take on the 1960s South. This story has it all — mobsters, assassinations, romance, gothic landscapes, and a cast of characters you’ll remember long after you’ve read the final sentence.”—Neil White, author of In the Sanctuary of Outcasts

“The sense of place in Casey’s Last Chance is palpable. The author knows the long dark stretches of blacktop between dim lights on Mississippi secondary roads, the dangerous sections abruptly encountered in our few cities, the little towns with photographs in filling station windows of mere boys and handwritten signs that say STOP THE KILLING. You can follow Casey’s route with this novel as a richly annotated road map.  But take my advice.  Drive a clean reliable car in daylight under the speed limit, but not too much.  Speak politely if stopped. At night, I wouldn’t drive Casey’s route except with puncture proof tires, a bright flashlight, and a .38 caliber detective special in my glove box.”—Jere Hoar, author of Body Parts and The Hit

Casey Eubanks, is a small-time North Carolina hustler on the run after angrily firing a shot over the head of his girlfriend Orella during an argument and accidentally killing his cousin. He seeks refuge with a crony, Clyde Point, who steers him to a big operator in Memphis, Max Duren, a shadowy former Nazi with a wide financial network across the South. The story takes place in the U.S. South in July 1960 and is reflective of underworld opposition to organized labor.

Duren hires Casey to kill Ala Gadomska, a labor organizer who is stirring up trouble at one of Duren’s mills in northern Mississippi. Casey sets up for a sniper shot during a rally, but can’t go through with it. She’s beautiful, makes sense, and maybe he’s developing a conscience.

Now he’s on the run again, this time from Duren’s goons as well as the cops. Enter Martin Wolfe, a freelance reporter investigating Duren’s operation. He tries to talk Casey into joining forces with him and FBI agent Hardy Beecher to bring Duren down.

Casey dumps Wolfe, steals his car, and returns home to Orella. A Duren goon awaits him there, however. A bloody shootout leaves Orella dead and convinces Casey to partner with Wolfe and Beecher.

It’s Casey’s last chance. The three take off across the South to execute a plan—with the help of Ala Gadomska—to destroy Duren. Everything works according to plan until the explosive end, at which point no one is able to escape unscathed.

Joseph B. Atkins is a veteran journalist and writer who teaches journalism at the University of Mississippi. A North Carolina native and former congressional correspondent, Atkins is author of Covering for the Bosses: Labor and the Southern Press (University Press of Mississippi). His fiction has appeared in Hardboiled and Alfred Hitchcock Mystery Magazine, and his novella Crossed Roads was a finalist in the Pirate’s Alley Faulkner Awards in New Orleans. He has homes in Oxford and Memphis.