On Thursday, July 22, the Andrew Wylie Agency announced it had formed an agreement with Amazon.com for the online bookseller to be the exclusive supplier of e-book editions written by authors represented by Wylie.

HOW TO GET TO WYLIE WORLD?  “DOWN THE RIVER”

Amazon manufactures a reading device, the “kindle,” which requires its owners to buy digital merchandise exclusively from Amazon – a bit like our selling you books that you could read only by using the bedside lamp you must also purchase from us.  And this would be the only way you could read these books.  Wylie’s authors’ electronic books will be available only via the kindle, only via Amazon, a soiling of first amendment principles that many of the agency’s authors, such as Arthur Miller and Salman Rushdie, have fought so hard to protect.

As you look at this display, we encourage you to think about the ramifications of this effort to vertically integrate the book industry and limit or exclude access to information and free expression.   And, as always, we encourage you to support independent booksellers everywhere.  Together we can let books live. 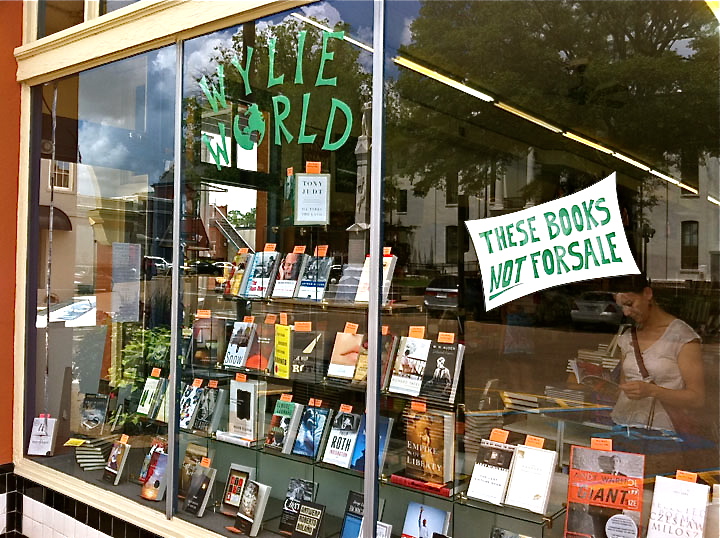